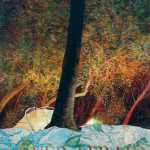 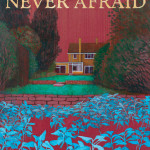 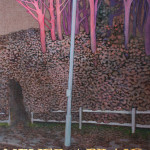 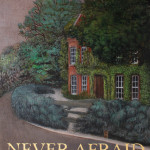 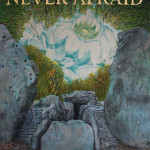 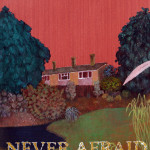 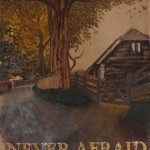 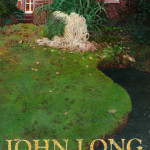 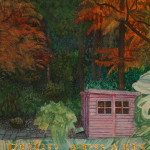 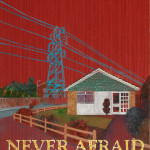 NEVER AFRAID is a maxim which crops up frequently in my work.  It comes from an oral history, from my ancestors’ locale, told to me by my mother and grandmother
It has become a magical incantation as well as the name for my alter-ego.

I grew up in the suburbs, right on the messy edges, where the new build advanced into the ruins of an old stud farm complete with patches of damp looking small holdings and rusting barns. The neat suburban gardens ended abruptly at a line of ancient woodland; sheds were the last out posts between the lawns and the undergrowth.
The Never Afraid paintings are part of an on-going series.  They take considerable time in the making.  I know that they have worked out right when they seem to be looking back at me. Only then can I authenticate them with the Never Afraid text.
They are painted with acrylic and mixed media on wall paper and are 23cm x 29cm.

These series of works have been shown widely, most recently at English Magic exhibition at New Art Projects (July 2015). They were first exhibited at a solo exhibition at Crimes Town Gallery in 2010, at Supernormal festival, 2014 – where the work was previewed in the Quietus: